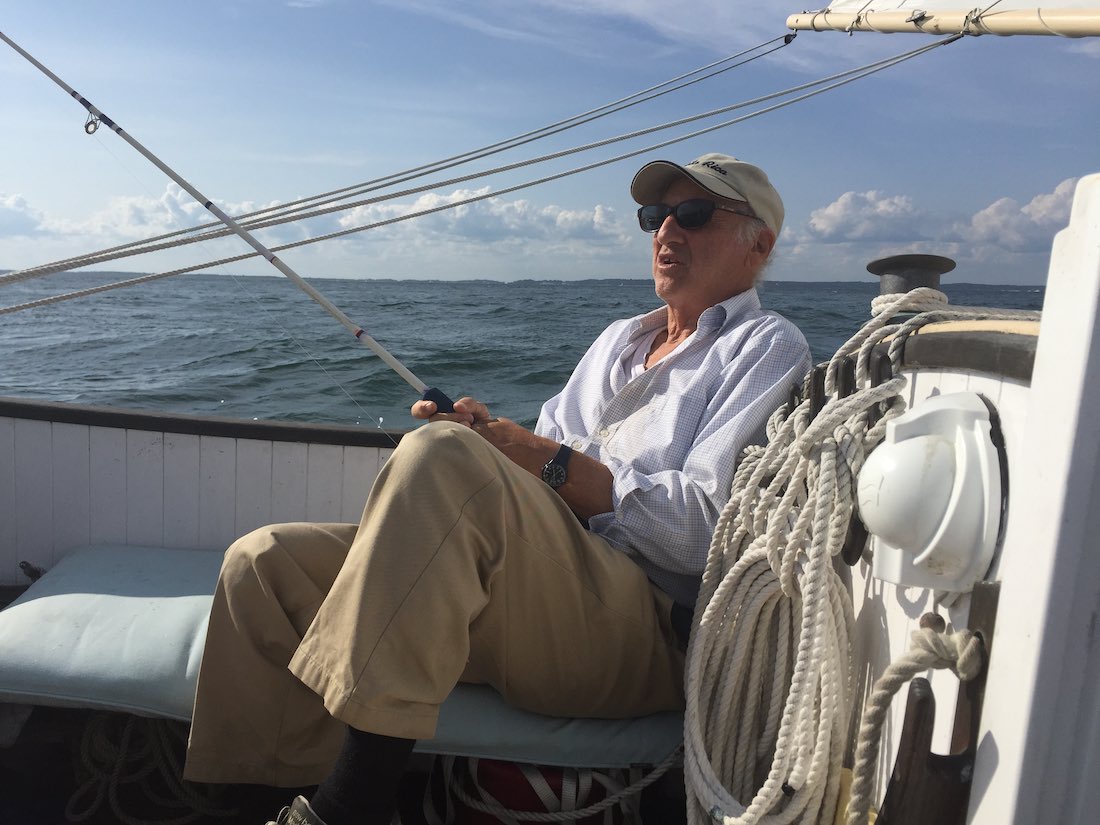 Earliest memory: In grandma’s house I run through a porch door, which shatters like movie glass. Blood is gushing from my skinny little arm. Mother is trying to stop the bleeding to little effect. We wait for the doctor to save me, while I bleed all over my clothes and the tile floor. Meanwhile Grandma is feeding me a cream cheese sandwich and singing in her grim, interplanetary voice, “Enjoy yourself, it’s later than you think. Enjoy yourself, while you’re still in the pink. The days go by, faster than a wink. Enjoy yourself, it’s later than you think.” Really!

My father was the light in my life. More, he was the sun. I worshipped him. Abe Waitzkin was a lighting fixture salesman, a charismatic but sickly man who was frequently going into the hospital, somehow surviving one major surgery after another. He suffered bouts of drug addiction for terrible abdominal pain, but I didn’t know this until I was in my twenties. Many nights as a kid, I sat nervously on the top step of our Great Neck house staircase waiting for the doctor to arrive to save my father’s life with medicine from his little black bag. Somehow, after he gave my father the needle, Dad always felt better.

Oddly enough, from early adolescence I have more or less consistently worried about disease and dying.

Fred Waitzkin was born in Cambridge Massachusetts. His father was a salesman, and his mother, an abstract expressionist painter and sculptor. To the best that he can recall, Abe and Stella never shared a warm moment. Early on Fred considered careers in sales, big game fishing, and Afro Cuban drumming but by the age of thirteen decided he would be a writer. Both of his parents were strong literary influences along with Ernest Hemingway: “His little sentences thrilling me with descriptions of men pulling in huge sharks and marlin.”

Waitzkin was an English major at Kenyon College in Gambier, Ohio. During the summer vacation following his junior year, he met Bonnie on a sword fishing trip, and a year later they were married. He received a master’s at New York University and for a time considered pursuing a career as a scholar of seventeenth century poetry. He taught English at The College of the Virgin Islands on St. Thomas, but admits that it wasn’t love of teaching poetry that intrigued him about St. Thomas, but rather the rumors of thousand-pound blue marlin that were said to graze twelve or fifteen miles north of the island on a patch of ocean called “the saddle.”

In 1984, Waitzkin published Searching for Bobby Fischer, the story of three years in the lives of Fred and his chess prodigy son, Josh Waitzkin. The book became an internationally acclaimed best seller. In 1993 the movie version was released by Paramount and that same year was nominated for an academy award.

In 1993, Waitzkin published, Mortal Games, a biography of world chess champion, Garry Kasparov. It has been described as, “a remarkable look inside the world of genius—a brilliant exploration of obsession, risk and triumph.”

In 2000 he published, The Last Marlin, a memoir that was selected by The New York Times as “a best book of the year.”

Fred Waitzkin lives in Manhattan with his wife Bonnie. He has two children, Josh and Katya, and two cherished grandsons, Jack and Charlie. Fred spends as much time as possible on the bridge of his old boat Ebb Tide trolling baits off distant islands with family and friends…